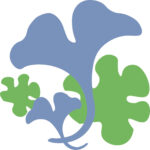 I´d worked a very long time to get where I was in life. I studied hard, graduated from university and had reached my dream. Jobless.

Contest chair, fellow Toastmasters, guests and those who have been jobless at some point in your life.

I was an Indian, with a masters of IT – there were two options:

I had done a few jobs during the holidays, but none of them went well:

My first attempt at finding a proper job was in the last semester of university.

I told myself your first job is not your last job. The first woman you meet is not your wife. I wish I had got that job on the first day.

Gold was gone, silver slipped away – maybe I was born for Bronze.

A place on the podium was long gone.

Things could not get worse than this or could they?

Everybody walked up to me with pitiful eyes. Ranjith, you will get that job. “Loser”

Even the cook in our canteen told me. Ranjith, eat up. You will need the strength for the days to come.

I DID need it. After University, I walked the streets of India for three months trying to get a job. I was fed up. Maybe I did not belong to the promised land of software, and I should get back to making curry!

But then, a friend of mine talked to me and suggested I get an internship instead. Internships. I thought internships was for losers or for those who were interested in the white house.

I got an internship and at the first day at work I witnessed this:

Anna was smoking away in front of the company and a colleague asked her if she read the warning that “Smoking was bad to health”. Anna said, “I am a programmer. I do not worry about warnings, I only worry about bugs”.

I looked at that and I realised that I understood that conversation. This was a place where I belonged.

From a place where I belonged, I decided to go all the way to Germany. Was it for the Beer, the Bratwurst or the blonde Bombshells? No, I was a teetotalling, vegetarian virgin till I came to Germany.

I started belonging after I came to Germany.

I lost my first job in three months’ time, not knowing the difference between permanent and probation period.

But then I started to like my future jobs and belong in them.

I joined a wine tasting group even though I did not know the difference between a Riesling and Rioja. Did I belong amongst these professional wine tasters? I must have. I met my future wife in this group and also someone who liked my curries.

Life sometimes takes you through challenges, but you end up in a place where you feel like you belong. Like all the shy speakers, sociable speakers and sensational speakers who feel like they belong at Toastmasters.

Go out there make curry, try internships, work on jobs, drink wine, find a life partner! Go out there and belong!